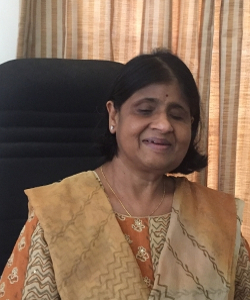 Ms. Madhu Singhal is the Founder and Managing Trustee of Mitra Jyothi. She was born in Haryana and spent her early life there. With great encouragement from her parents she attended regular school and learnt Braille from a teacher after school hours. While all children wrote with pen and pencil, she made her notes in Braille in the classroom. She was an ambitious and self driven child who fought against all odds to not only successfully complete her education but excelled all the way. She was the “Best Student” of her college and her passion for Hindustani classical music led her to complete her Master’s degree in Hindustani music.

Ms. Madhu Singhal came to Bangalore in the early 80's. She wanted to do something significant for the cause of the blind, she wanted to use her life experiences and enrich the lives of others with the life lessons she had learnt. Her brother-in-law Mr. G. P. Goyal encouraged her to dream big and was the pillar of her strength. She started working on her dreams as a single person entity working out of borrowed space in his office.

She realized the need to learn Kannada being in Karnataka and was determined to work with the masses. She quickly learnt Kannada from a friend and began to converse with ease with people she worked with. Thus in 1990, along with eight other dedicated individuals began the journey of Mitra Jyothi and the rest is history.

Ms. Madhu Singhal is a true inspiration to all! Some of the major awards she has received are;

Ms. Madhu Singhal is a true inspiration to all!

Ms. Madhu Singhal being honoured by the Women's Wing of the BJP for exemplary work in the field of disability 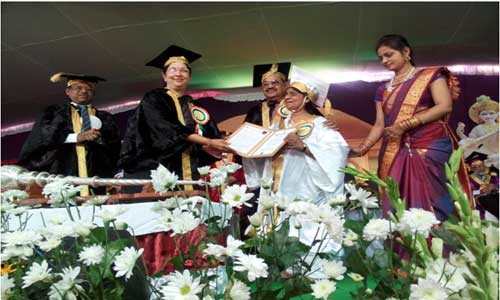 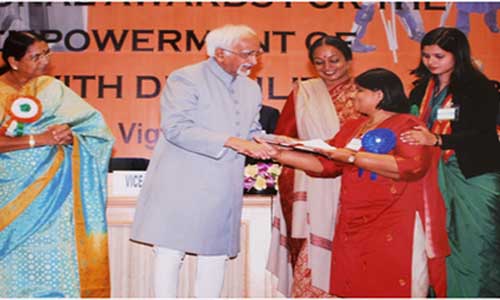 Ms. Madhu Singhal receiving the National Award for the Empowerment of Persons with Disabilities